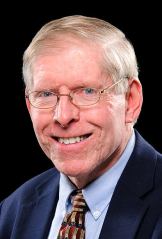 Dave deBronkart, known on the internet as e-Patient Dave, is the author of the highly rated Let Patients Help: A Patient Engagement Handbook and one of the world’s leading advocates for patient engagement. After beating stage IV kidney cancer in 2007 he became a blogger, health policy advisor and international keynote speaker.

A co-founder and current co-chair of the Society for Participatory Medicine, e-Patient Dave has appeared in Time, U.S. News, USA Today, Wired, MIT Technology Review, and the HealthLeaders cover story “Patient of the Future.” His writings have been published in the British Medical Journal, the Society for General Internal Medicine Forum, iHealthBeat, and the conference journal of the American Society for Clinical Oncology.

Dave’s TED Talk Let Patients Help went viral, for years was in the top half of the most viewed TED Talks of all time, and has over a half million views; volunteers have added subtitles in 26 languages, indicating the global appeal of his message. In 2012 the National Library of Medicine announced that it’s capturing his blog in its History of Medicine Division.

Successful Engagement Strategies for your ACO

Thank you for your interest in this webinar.  This event has already taken place.  If you are interested in viewing a recording from this presentation, please fill out the form on your right and you will be directed to the webinar recording.

Drawing on his own experience as a cancer patient, as well as anecdotes derived from a long and impressive career as writer, advisor, and advocate for patient engagement, Dave presents strategies that stakeholders across the entire healthcare stratosphere can leverage to achieve the goals of efficacy and efficiency sought by Accountable Care Organizations.

Join us as he elaborates on the theory that “people perform better when they are informed better,” shares specific recommendations for elevated engagement, and makes the business case for increasing the role and responsibility of the patient.

Fill out the form on your right and let us know that you’ll be joining us on March 20th! We look forward to having you.

Register for the webinar here!